Hi everyone. Berlin is my favorite city to visit in the early summer. I like the square-looking buildings in faded pastels, and the lush patios that it hides. Long days of sunlight, and people hanging out in the parks. I like the network of trams and U-Bahn subway that has no gates to check for tickets, taking you to Vietnamese restaurants and cafes. Spicy döner kebab in crisply toasted Turkish bread.

As a side event to Scala Days Berlin, the Scala Center and Zalando hosted a Scala Spree on May 15th. A Scala Spree is a hackathon event where you work on an OSS Scala project with a representative of that project (usually a maintainer) to send one (or more!) pull request(s) and thus becoming a Scala contributor. The Lightbend Tooling Team attended it representing sbt, alongside other OSS projects like Dotty, Scala, and Scalameta. So many contributors signed up for sbt, that we had to put two tables together! 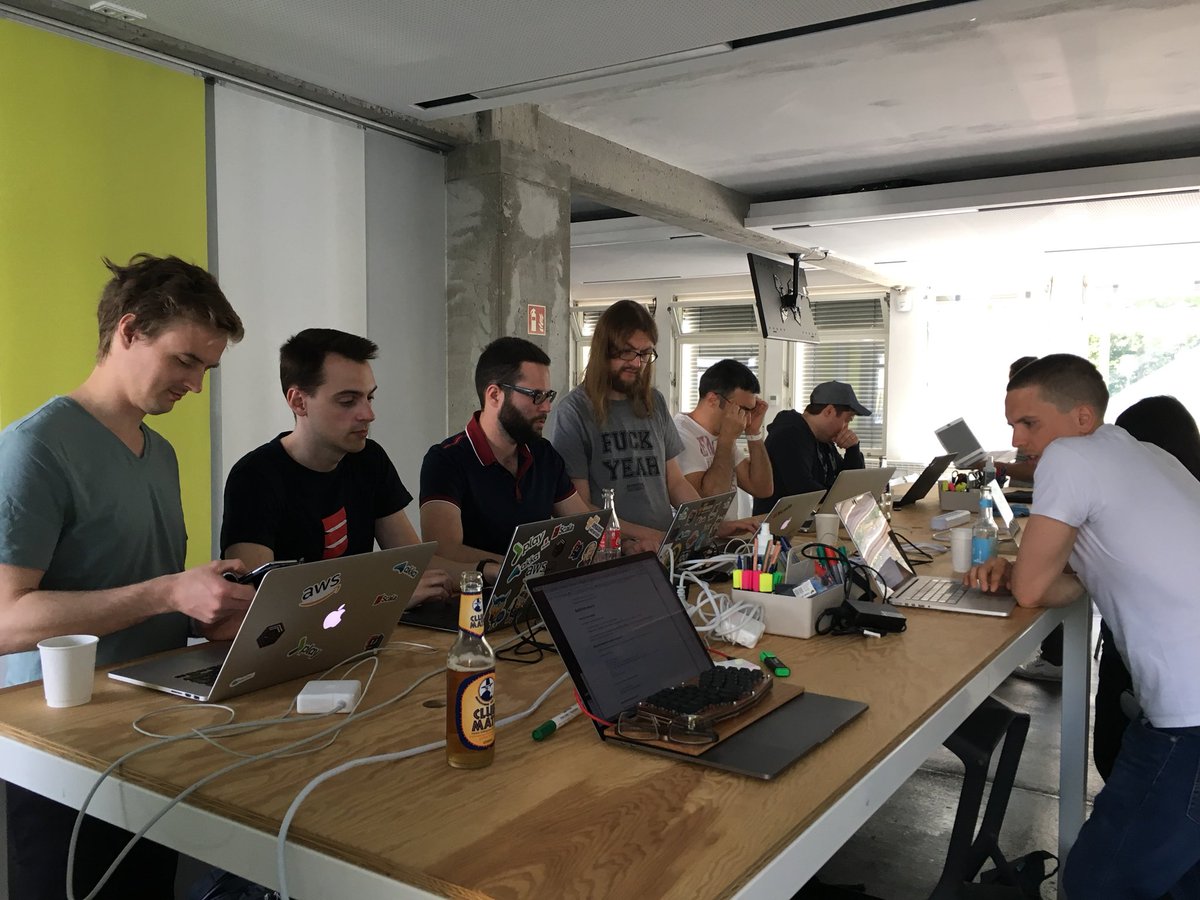 To be contributor friendly we’ve been improving our Contributor Guide, and the first thing we went through at the Scala Spree was building sbt from source.

Another thing we did to prepare for the Scala Spree was tagging GitHub issues with the “help wanted” and/or the “good first issue” labels, and writing out mentoring instructions which include relevant links, hints as to how to resolve the issue and testing tips. The attendees picked out the issues they wanted to work on, and at the end of the day, we got eight pull requests:

We had a lot of fun working with these first-time contributors, and learned a bunch too. Through these events we hope to show that sbt is just another Scala project, and that making changes isn’t as difficult as you might think it is.

I think we need more of these. The spree proved to be a really good way of lowering the barrier for new contributors. With some guidance, everyone in our diverse group was able to resolve a @scala_sbt issue within a couple of hours, including the initial setup needed only once. https://t.co/8Vjs3SmBSl

Thanks Scala Center and Zalando for this great opportunity!

We are also happy to announce the sbt 1.1.6 patch release!

As a reminder, sbt 1 is released under Semantic Versioning. So plugins released for 1.0.x will continue to work throughout 1.x including 1.1, 1.2, etc.

If you’re interested in other ideas, come talk to us on sbt-contrib or on Lightbend Discuss.