sbt has long had issues with triggered execution on macOS. Ethan Atkins has contributed a fix for this problem by merging MacOSXWatchService from his CloseWatch. Thanks, Ethan!

One of the tricky things you come across while profiling is figuring out the process ID, while wanting to profile the beginning of the application.

For this purpose, we’ve added sbt.launcher.standby JVM flag. Starting sbt 1.1.4, you can run:

This will count down for 20s before doing anything else. launcher#51 by @eed3si9n

Using Flame graph (if you haven’t yet, check out Profiling JVM applications post), Jason Zaugg identified hashing code of the build file to be one of the hot paths during sbt startup. Flame graph supports Ctrl+F to filter on method names; and when I ran it, it showed 4.5% of the time was spent in Eval#evalCommon method. 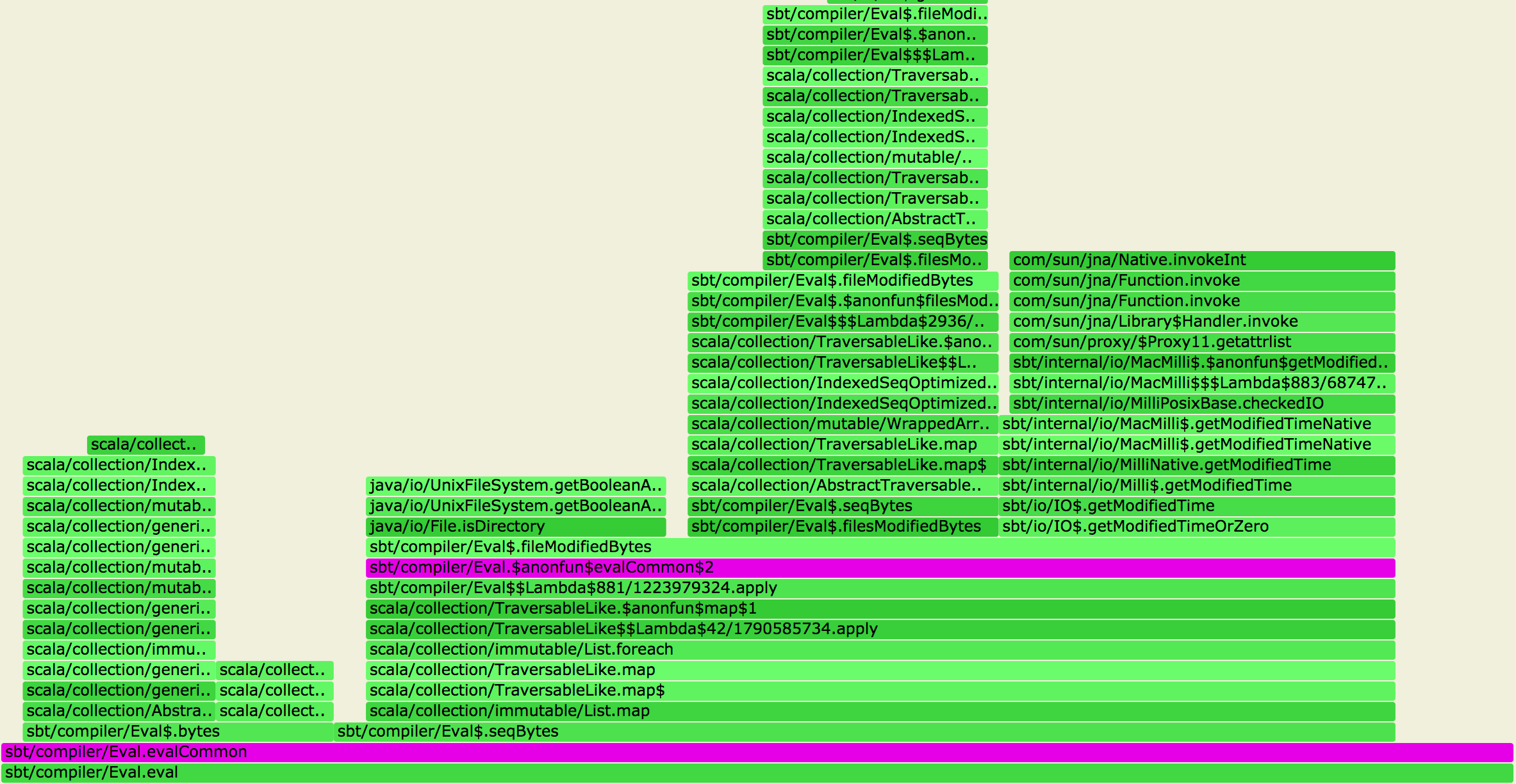 Instead of creating an intermediate Array[Byte] and passing it to MessageDigest at the end, Jason suggested that we pass the arrays to MessageDigest#update in a more procedural style. After confirming that it worked, we’ve next identified file timestamp code to be the next bottle neck using Flame graph, so that was switched to using NIO. After both changes, Eval#evalCommon’s footprint reduced to 2.3%.

If you’re interested in other ideas, come talk to us on sbt-contrib or on the brand new Lightbend Discuss.