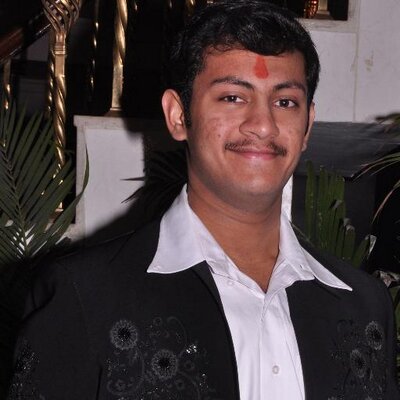 This post was written in collaboration with Knoldus, Inc., a Lightbend Consulting Partner.

Most microservices applications are stateless, which means they delegate persistence and consistency to a database or external storage. But sometimes there’s a benefit to keeping state inside the application.

If you’ve worked with data storage systems long enough, you are bound to bump into the term “sharding“. Sharding is another word for partitioning and is a technique used in databases to improve elasticity and resilience. When data is sharded, it is spread out over multiple backend stores, allowing more data to be stored than possible on a single-server node.

The Akka toolkit provides cluster sharding as a way to introduce elasticity and resilience into your application. In this blog post, you'll explore how key Akka modules—namely Akka Cluster Sharding—can be used to build stateful systems.

What are Stateful Systems?

Before getting into what are stateful systems, let's start with what they are not. Stateful systems are the opposite of the classic stateless systems.

In a stateful system, the idea is that when a given thing's state is in use, it is kept in the hot state for as long as it is active. The stateless read-change-write cycle becomes a read once, then changes the state and writes it to the cold state layer as each state transformation occurs. For this stateful processing flow to work, there must be a single writer for a given thing in the entire system.

Consider the flow for creating an order. Each order is created as a series of steps to build up a completed order. It is possible for two or more simultaneous requests to change the same order in a stateless system, resulting in potentially inconsistent results. The cold state persistence layer must enforce state consistency using lock and other concurrency controls.

Stateful systems require that all requests for a given thing must be routed to a single stateful writer. Managing this stateful processing complexity is the primary reason that the stateless approach is more commonly used. However, the stateless simplicity comes at a cost. This cost is due to the read-change-write cycle's overhead and the complexity of locking and concurrency controls. Fortunately, implementing stateful systems is a solvable problem.

How to Use Stateful Actors

The code implementation of a stateful system using Akka involves sending messages to specific entities via the Akka actor system. For example, in the shopping cart example, say incoming requests are sent via HTTP. The developer focuses on the code that translates the HTTP requests into messages sent to an Akka Cluster Sharding actor. The cluster sharding actor routes these messages to specific entity actors. The developer also implements the code used for processing the request messages in entity actors. In addition to message routing, Akka Cluster Sharding also creates entity actors when needed to process incoming messages.

In this three-node cluster example, HTTP requests arrive on any one of the nodes. These incoming HTTP requests are forwarded as actor messages to the local cluster sharding actors as described above. The cluster sharding actors route these messages to specific entity actors via the shard actors. When a message is sent to an entity actor that is not active, the shard actor will start an actor for the specified entity ID.

In this post, we defined what makes up a stateful system. We then showed how to use two important Akka modules—Akka Cluster Sharding and Akka Persistence—to get started building one of these systems. If you’d like to dive deeper, please check out this webinar recording and accompanying slide deck.

We also invite you to visit the Akka website for in-depth documentation, and if you feel like it's time to explore opportunities with Lightbend, you can schedule a demo for your team:

Himanshu Gupta is a Senior Lead Consultant at Knoldus. He is a respected thought leader and a regular speaker at global conferences. He is always keen to learn new technologies and has deep experience in Machine Learning and Pattern Recognition.

Hugh McKee is a developer advocate at Lightbend. He has had a long career building applications that evolved slowly, that inefficiently utilized their infrastructure, and were brittle and prone to failure. Hugh has learned from his past mistakes, battle scars, and a few wins. And the learning never stops. Now his focus is on helping other developers and architects build resilient, scalable, reactive, distributed systems. Hugh frequently speaks at conferences. He is the author of Designing Reactive Systems: The Role Of Actors In Distributed Architecture (O'Reilly).