Machine Learning For Cloud-Native Applications: "Model Serving as a Service"

A popular pattern for real time data processing (including model serving) uses streaming. When combining streaming with model serving, the overall architecture looks like this: 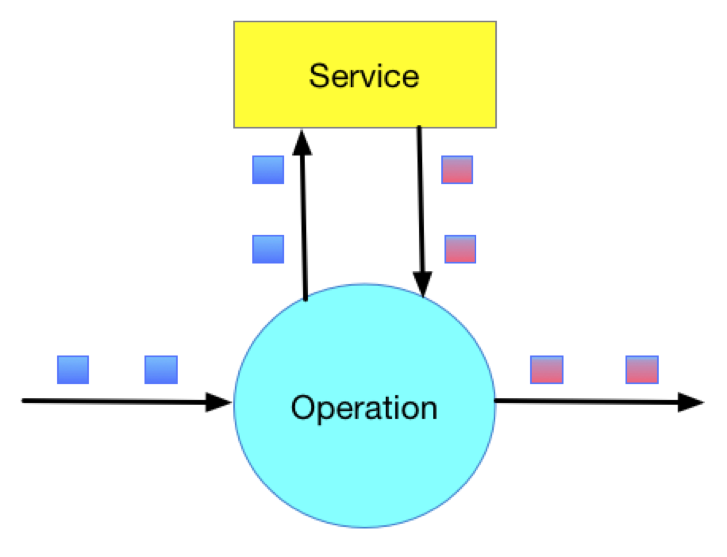 When considering this type of architecture it is necessary to keep in mind its advantages and disadvantages:

Despite some disadvantages, model servers are still one of the most popular approaches to putting model serving in production.

When it comes to the model server implementation, there are two popular approaches:

One of the most popular models as code implementation is Clipper from Rise Lab.

Clipper considers trained models as functions that take some input and produce some output, which makes Clipper a function server. These functions can be implemented in any way and the use of Docker images makes it easy to include all of a model’s dependencies in a self-contained environment.

SageMaker allows you to run inference on both provided and custom models (packaged as Docker images).

In addition to general-purpose model servers, there are implementations of model servers dedicated to specific frameworks, including:

Seldon-core is implemented as a Kubernetes operator, which allows to specify desired graph (and its images) in a form of yaml file.

Model as data takes a different approach. Instead of leveraging model code for scoring it exports a model as data, which allows you to use different runtimes for machine learning and model serving, thus allowing for greater flexibility for model serving implementations. Examples of intermediate formats include Predictive Model Markup Language (PMML), PFA and ONNX. In addition to standards, Tensorflow also uses its own intermediate format, based on binary Protocol buffers.

A model serving implementation based on the Tensorflow export format is TensorFlow Serving.

Tensorflow serving uses exported TensorFlow models and supports running predictions on them using RPC or gRPC. TensorFlow Serving can be configured to use either:

In the remainder of the post we will show how to use TensorFlow Serving.

The simplest way to start using Tensorflow Serving is by using one of the provided Docker images. Once the image is loaded and an exported model is created, you can start a server using the following command:

Once the image is installed, you can validate that it is running correctly, by querying the server about the deployed model, using the following curl command:

You can also try the prediction by running the following command:

To understand the format for both request and prediction, you can always run this command

It returns the complete definition of model input and output.

Programmatic access to TensorFlow Serving can be done as follows, using this example taken from Lightbend’s free tutorial on model serving:

In this example we are using Akka HTTP to send HTTP requests to the server and to process the response. The example uses Wine model with version 1. It also uses GSON for converting case classes to and from JSON.

As the popularity of machine learning for solving real life problems grows, so does the popularity of model servers, allowing to simplify and accelerate these deployments. In addition to the model serving itself, they often provide additional features, including caching, monitoring, load-balancing, testing, security, and more.

Last year, I wrote an O'Reilly eBook titled Serving Machine Learning Models: A Guide to Architecture, Stream Processing Engines, and Frameworks, which I encourage you to download for additional learning. I hope you enjoy it!

GET THE FREE EBOOK