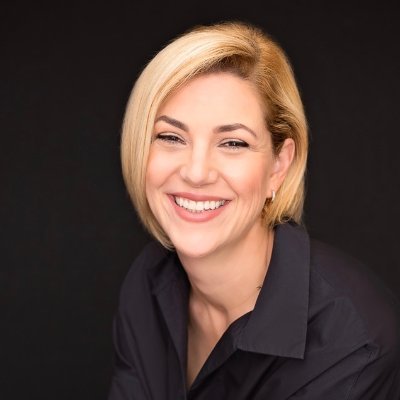 Lightbend today announced the appointment of Abby Kearns, a technology executive with deep experience in cloud native and open source technology, to the company’s board of advisors. Kearns is chief technology officer at Puppet, the industry standard for infrastructure automation. Prior to Puppet, Kearns was CEO and Executive Director at Cloud Foundry Foundation.

In this post, Kearns discusses her background developing cloud native technologies for enterprise scale, the intersection of automation at the infrastructure and application layers, the impact of open source in creating industry standards, and Lightbend’s role in driving this evolution forward.

LB: Throughout your career (from Verizon, to Pivotal, then Cloud Foundry Foundation, up through Puppet) you’ve been connected to foundational technologies for massive enterprise scale. Tell us a little bit about that.

AK: Yes, my career has been at this intersection of enterprise infrastructure, open source, and cloud-native architectures -- and my focus is on how these foundational technologies support massive growth and scale. I’ve had a front row seat to the early evolution of cloud-native architectures -- first at Pivotal and then for the last four years at Cloud Foundry Foundation, running an open source software foundation. At Puppet, I’m focused on infrastructure automation at scale, which has become foundational to the success of the Global 5000. I see my involvement with the work that Lightbend is doing around establishing cloud-native architecture standards and driving enterprise cloud applications at scale across hybrid environments as a natural extension of my interests and career trajectory.

LB: Obviously distributed computing in the cloud took off like a rocket ship over the last 20 years, from enabling key technologies like Linux, up through the present with Kubernetes. What’s your general assessment of where we are in the distributed computing / cloud journey? What’s next?

AK: We are still early -- particularly if you look at cloud-native architectures. Everyone talks about Kubernetes as an entrenched technology, but remember that it’s only six years old. We’re still in the early stages of massively reshaping enterprise architectures, and the applications on top of those architectures are still very early in adapting to a new infrastructure. We’ve only seen some of those workloads move to real scale to date. Companies are still trying to figure out how to move applications to cloud-native, and how to handle all the considerations that come with doing that at scale across the enterprise.

LB: What excited you about Lightbend specifically, and where the company fits into this evolution?

AK: As the industry focuses more on cloud-native applications and serverless capabilities, we’re going to start seeing a lot more consensus around what that looks like and its long-term effect. Lightbend kickstarted the conversation with the Reactive Manifesto, and launched the Reactive Foundation to attract open source projects that drive the common foundations and specifications for cloud-native. I was excited to join a company that’s pushing that conversation forward and developing the broader ecosystem around cloud-native architecture.

LB: How do you see the intersection of automation at the infrastructure layer, and the application layer?

AK: When we talk about applications being developed in cloud-native ways, we’re talking about them being written in such a way to take advantage of the ephemerality, resilience and expansion that cloud brings. Ideally, there is a marriage between a highly automated infrastructure and core DevOps principles, and giving developers the ability to write stateless and stateful applications on top to take advantage of that infrastructure. Lightbend’s vision is to serve these different audiences in harmony.

LB: The newly formed Reactive Foundation, within the Linux Foundation, is attracting open source projects that are tackling the higher up the stack (application layer) challenges for cloud-native that are complementary to the infrastructure layer projects that the CNCF has been so successful in incubating. What is the role of open source in this evolution at the application layer?

AK: A lot of the standardization and innovation in cloud-native architecture is going to come from open source. We saw that on the infrastructure side not only with Kubernetes but with things like containerd, Istio, Envoy, buildpacks and other crucial projects. We’re going to see the same thing at the application layer as well. We need to come to agreement as an industry about what a standardized cloud-native application architecture looks like, and what serverless or functions as a service mean when we’re talking about them. I firmly believe that level of clarity and standardization will emerge with open source.

Download The IT Executive’s Guide to Cloud Native Applications and explore the business benefits that come with developing real-time, cloud native applications on top of cloud infrastructure.

With nearly twenty years in the tech world, Abby Kearns is a true veteran of the technology industry. Her lengthy career has spanned product marketing, product management and consulting across Fortune 500 companies and startups alike. At Puppet, she leads the vision and direction of its current and future enterprise product portfolio.