The example Grafana dashboards include dashboards for the core and extended metrics. Here are the core Akka Stream metrics visualized with Grafana: 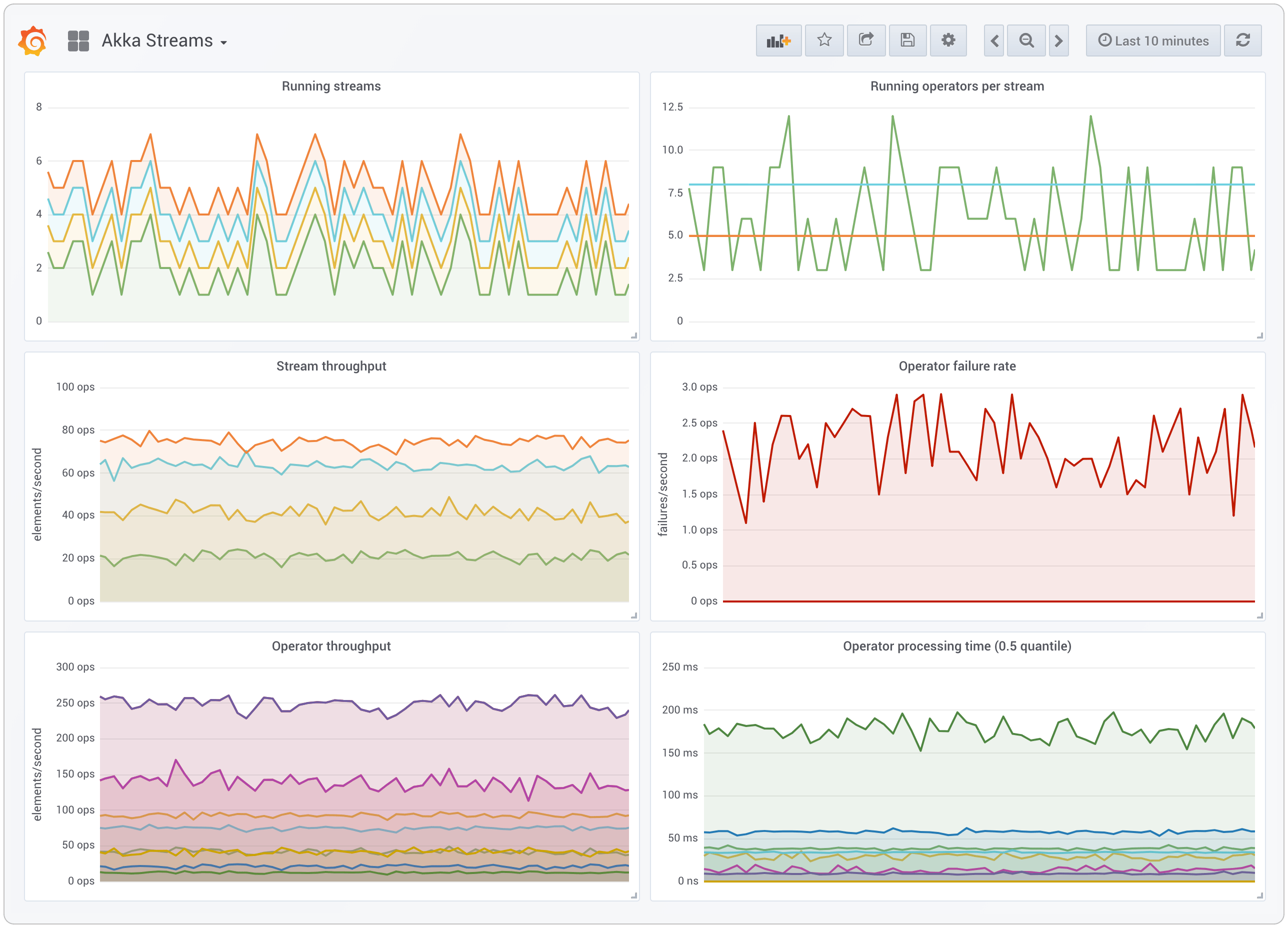 Cinnamon can now record metrics for named Scala Futures, along with the tracing and context propagation support from earlier Cinnamon versions. The metrics track the scheduling, processing, and overall completion for Futures. This diagram shows the metrics recorded for a Future map operation:

The example Grafana dashboards include a dashboard for Scala Future metrics: 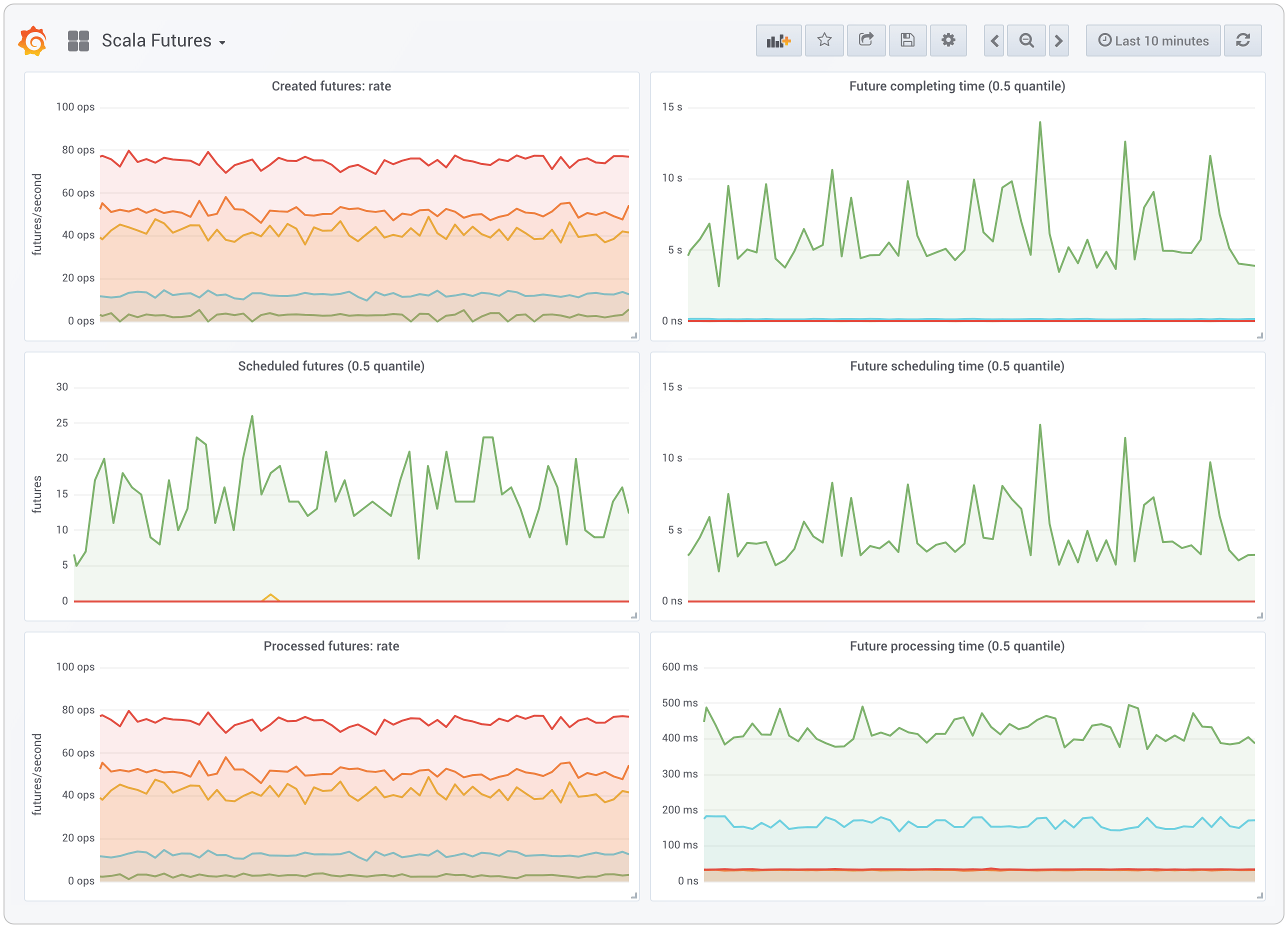 The Cinnamon OpenTracing integration has received some improvements. Cinnamon now supports tracer-specific integration to allow for improved performance — allowing Cinnamon to check details such as the sampling decision for traces, so that extra allocations on non-sampled traces can be avoided as much as possible.

The OpenTracing integration now makes use of trace continuations, where an active span is continued for instrumented but non-traced asynchronous components (such as Scala Futures or Akka Stream operators that are not configured as traceable). Previously, Cinnamon would connect the trace context across these non-traced components, but there wouldn’t be an active span available (for span logging or access to the trace baggage).

As always, we’re interested in any feedback or ideas for Cinnamon, to improve the visibility into reactive applications and distributed systems. Reach out to us through Lightbend Support or contact us.